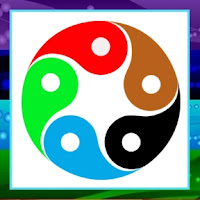 Every now and then you run into a glib comment made by someone much younger than yourself that just ticks you into next week. That happened to me yesterday when I found this, written by a gay man who's a dozen years younger than I:


"...changing GLBT to LGBT really annoys. It lacks poetry and style to reverse it like that. Honestly though, I'd rather use a "D" for Lesbians anyway. GDBT or DGBT, it'd at least flow properly.

I just think it throws the "Fung Shui" off and makes it all seem ugly, when it is all mixed around."

That torqued my cookies so much I shot off this:


There was a lot of Karma involved in that simple switch J***. The historic changing of the letter arrangement from GLBT to LGBT took place in the late 80's and early 90's. It was a time when nearly everyone in the gay movement knew at least one person who'd died from AIDS, and quite possibly many more, all of them men. HIV was a ticking time bomb that when detonated was inevitably fatal. No one was sure just how contagious it was and the men who contracted the disease suffered horribly. Their lovers and families often abandoned them just when they most needed support. Hospitals were turning away AIDS patients leaving many men suffering at home, waiting to die alone as they grew sicker and weaker.Your lesbian sisters stood up. Many of us took AIDS patients under our care, providing them with food, transportation, company, and the simple dignity of human touch. We worked individually and in small groups to reach those men who were isolated and dying alone, pariahs as homosexuals, and even more so as AIDS victims. We held their hands and eased their passing. I buried five, myself.


Now up until that point, the newly burgeoning gay movement had been largely run by the men - not too surprising considering that at the time women earned only $.65 to a man's dollar. Gay men (who were almost never parents then) had a lot more expendable cash to use growing the movement. And because they spent the most, they got the top jobs and recognition. But the lesbians refused to be silenced, and earned our stripes the hard way, by rolling up our sleeves and working long, thankless hours manning copiers and phones, bookkeeping and scheduling, going door to door and business to business to drum up support.

So when the AIDS plague hit and their lesbian sisters filled the void left by lovers, families, friends, churches, and hospitals, it humbled the men. They saw our strength, and our passion not only for the cause, but for our entire rainbow family. They reached out across the gender void and recognized our contributions by changing the order of the letters so that lesbians were listed first.

And it was a first for lesbians. It marks the first time our community recognized us as equals, and that at a time when even the women's movement wouldn't.


And you know, I feel better now that I've shared that little bit of herstory. We lesbians have given, and still give, our 100% to the movement for equality, and I'm proudly reminded of that every time I write the term LGBT. I don't suffer lightly young gay men who seem eager to reassert their dominance in the movement once more.

And I forgot to ask him just where the hell he gets off changing our label from lesbian to dyke. I assume that's what his D is all about. Personally, I don't like the word dyke, or lesbian either for that matter, never did. I'm pretty sure the bi-sexuals aren't all that crazy about their name either. And I know for sure that many of the Transgendered people don't like that term one bit. So how should we identify ourselves as a group if we give up the string of letters?

Look at the title of this blog. We took the symbol of the Rainbow because of our diversity (and because Judy Garland was a gay icon). This is how I choose to label my family, my gay brothers and lesbian sisters, my transgendered and bi-sexual siblings:

That's good enough for me. But let's not forget the past.