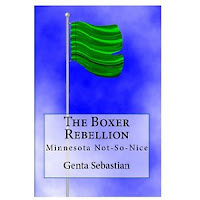 Get your FREE copy today!

FEB. 7, 2013  Want something exciting to read this weekend? This gripping tale is just the thing! Download the Kindle version for free until midnight tonight.

Excerpt:
The hair on the back of Nick’s neck stood up. Something was not right. Warning signals were sounding in his head. But what was it? What was there about this group of students milling around the parking lot that was different from any other day?
They were the same kids as always, well, mostly. The pep squad girls and their football jock boyfriends were under the tree, the druggies giggled in their cluster between parked cars, the band/chess club nerds with their instrument cases and boards stood around awkwardly. He looked them over again and it occurred to him that most were on cell phones. And too many of them seemed to be casually checking him out.
Nick turned slowly all the way around. He scanned the area for Julian, but didn’t see him among the crowd. Perhaps he was just being paranoid.
He tried to shrug off the feeling, but it persisted as he walked past the old sugar maple and across the parking lot toward the sidewalk that led home. He wasn’t imagining it, people were watching him. He turned all the way around again; most of the students were following him. His heart started pounding.
Nick broke into a sprint, and groaned as he saw a contingent of football players also start running. His house was ten blocks down; he’d never make it.
After the first block the biggest, fastest jock was almost on him. Nick turned long enough to throw his backpack right at his pursuer’s feet. The giant crashed face downward but Nick didn’t see it. He was taking advantage of the momentary confusion to race down the sidewalk.
But he’d only made it to the third block before a big hairy hand spun him around and Nick came face to face with fury. He knew this jock with the skinned, bleeding face. He was the senior who’d been held back in algebra, a dumb football player named Brent. What’s his problem anyway? More jocks ran up behind him.
“What do you want?” Nick asked, ignoring the squeak in his voice and trying to balance on his feet like Dad taught him. He bunched his hands into fists, remembering to leave the thumb out. Six against one were serious odds, but he was determined to go down swinging.
“Well, queer,” said Brent, “my cousin Julian says all fairies wear red sequin jockstraps. So we made a bet, and I’m here to collect.” He turned to face the other jocks behind him and the onlookers who were just catching up. “Give us your underwear, Tinkerbelle.”
“What?” asked Nick as he heard laughter from the crowd. “What?” he asked again, trying to make sense out the jock’s words.
“You heard me, faggot,” sneered Brent. “Give me your underwear.” Nick froze, terrorized. Brent laughed, reached out to grab his arm, and the punching began.