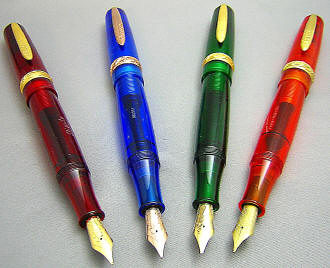 Reblogged from Suffolk Scribblings with thanks to author Dylan Hearn:

One of the hardest thing to watch on social media is an author, usually a debut author, getting excited about their upcoming book launch and knowing they are about to get hit around the head with a hard dose of reality.

They’ve done the right things, built up a twitter or Facebook following, blogged about the book, sent copies out for review, told all their friends about the upcoming launch, pulled together a promo video and graphic, maybe taken out some adverts. The first few days after launch are filled with excited tweets, mentions of early positive reviews and chart rankings. Then, after a few days, maybe a few weeks, the positive tweets stop and an air of desperation sets in as the reality of life as an indie author hits home.

Part of the problem is that the authors most vocal on social media are those that have already seen self-publishing success. They got in early, made names for themselves through talent, hard-work and persistence, and are happy to spread the gospel of the new self-publishing utopia. They are telling the truth, from their perspective, but for the vast majority of authors the picture is very different. This doesn’t mean it’s impossible to find success with your debut novel, just that it’s rare – and with changes in the market, becoming ever more so.

In order to provide some balance, below are 5 truths I, and many other self-published authors, have experienced. This hasn’t put me off from a writing career, and shouldn’t put you off either, but at least you will be going in with your eyes open.

1 You need talent to succeed but it’s no guarantee


The days of being able to publish an average story with an OK cover and finding success are over. There are many, many talented writers out there producing fantastic books who are struggling to find an audience. I know so many brilliant authors struggling to get themselves heard. An excellent story, professionally edited, well presented and with an enticing blurb is the bare minimum entry criteria, and just because you meet it, it doesn’t mean you will be successful.


2 After your initial launch, you book will either take off or bomb – probably the latter


If you have worked very hard and prepped enough people, your book will sell a number of copies on launch. This number will not be as large as you expect as of the people you prepped, some will buy immediately, some when they are ready – no matter how often you’ve explained the importance of a good launch – and some will forget. Repeatedly. If you are lucky – and you have selected your categories wisely – your book will chart making it visible to millions of readers. It’s at this point your book could take off. If so, congratulations, enjoy the ride. More realistically your book will gradually slip down the charts and disappear from view. From then on in, expect sales of only a handful of copies per month, if that.


I’ve yet to find the source of this statistic but it’s said the average ebook sells 100 copies. Not at launch, not in the first year, but over its whole lifetime. Now within that total sample you will get million sellers and zero sellers and your book could be anywhere on this spectrum but the reality is, despite excellent reviews and lots of promotion, your book will probably just tick along at best. Unless you manage to gain a promotion slot on a service like BookBub – especially difficult these days since the big publishing houses have started using their service – or you manage to generate great word of mouth – even more difficult, your sales won’t return to that initial launch peak for a long time, if at all.


Continue reading this excellent article here:  Suffolk Scribblings   I especially enjoyed reading the comments, which became a conversation.
Posted by Unknown at 11:55 AM