A Bully for God 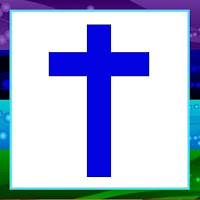 Pastor Sean Harris, senior pastor of Berean Baptist Church in Fayetteville, North Carolina, while speaking in favor of Amendment 1, a bill defining marriage, veered onto the topic of child rearing. This is his advice to parents who find themselves with a lesbian, transgendered, bisexual, or gay child, as transcribed from the Good As You Website recording:

So your little son starts to act a little girlish when he is four years old and instead of squashing that like a cockroach and saying, “Man up, son, get that dress off you and get outside and dig a ditch, because that is what boys do,” you get out the camera and you start taking pictures of Johnny acting like a female and then you upload it to YouTube and everybody laughs about it and the next thing you know, this dude, this kid is acting out childhood fantasies that should have been squashed.

Can I make it any clearer? Dads, the second you see your son dropping the limp wrist, you walk over there and crack that wrist. Man up. Give him a good punch. Ok? You are not going to act like that. You were made by God to be a male and you are going to be a male.

You say, "Can I take charge like that as a parent?"

Yeah, you can. You are authorized. I just gave you a special dispensation this morning to do that.


A special dispensation from who, God? No, from Pastor Sean Harris and no one else. See how far that will get you in family court.

Parents - please - do not follow Pastor Sean's advice. Consider instead the predicament of Nick Clements, the unlikely hero of my book The Boxer Rebellion:


What pleasure do they get from hurting Penny, from hurting me? We never did anything to them, why do they hate us so much?
Nick knew if they found out he was BoxerRebellion on LookSpace they would post the same things or worse, if they could come up with any. He seriously doubted if even one of them would dare to say such things to his face. They’re cowards hiding behind a screen.
Why is it so important to them if I’m gay or not? I do everything to prove I’m not gay. I even date a wonderful girl knowing that it isn’t going anywhere and that I’m wasting her time. I go to church, I pray for guidance every single day. What more do they want from me? And why do I feel like I must give it to them?
Okay look, I didn’t even think I could be gay until they locked me up in a place with a bunch of other guys just like me. I recognized myself in them, and realized I’m not the only one like this, there are others like me out there. If I am gay I won’t have to always be alone, but I’m sure as hell alone now and will be for at least another year and a half, gay or straight. It’s me and Penny against them all. We don’t even have Mr. Kincaid anymore.
That hurt. A dull thud struck behind his forehead, his heart skipped a beat.
Think about something else.
That whole ‘God says it’s wrong’ thing was just insane. It didn’t make any sense to him at all. Back in Styxwater at the Chapel of the Savior he’d been treated like everyone else until the bullying started. Then no one would talk to him anymore; even the adults never had time. His Sunday school youth group leader asked him to stop coming at all.
He’d stopped going to the youth group, but he didn’t stop going to church with his parents, and he prayed, he prayed so hard for the bullying to stop. And then, when a year of prayers went by and the bullying was worse than ever, he’d begged God to make everyone know he was straight, or kill him outright. He asked every single time he prayed, and three times on Sundays. But it never made a difference. It was like God was saying, “It’s not my problem. You’re on your own here kid.”
So he’d studied, just like he did for school assignments. He used the family computer to search for answers, and asked questions on Christian forums. He read the referenced Bible passages over, and over again. What he found just confused him even more.
First of all Jesus Christ never said one word about homosexuals. Not one website, or internet forum, or research book ever included a Jesus quote condemning, or even discussing homosexuals. Every Biblical condemnation of gays was recorded before the time of Christ; He apparently didn’t think it important enough to mention, much less be the subject of a sermon. Never once did Jesus refer to Adam and Steve, or Madam and Eve, not once. So, if Christ thought homosexuality so normal it needn’t be discussed in His lessons, why did those who claimed to follow His teachings find it so abnormal?
Thud, thud; pain pounded his head. His heart started to speed up.
Calm down. Don’t take it so personally. But it IS personal; maybe not me, but gays are people and that makes it personal to them.
Old Testament passages that condemned being gay also condemned those who were disobedient to their parents, and women who didn’t seclude themselves for two weeks after giving birth to a boy, or four weeks if they were unlucky enough to have a girl. The same passages condemned eating shellfish, touching the skin of pigs, and getting divorced.
But people played football with pigskin all the time and they weren’t shunned. They ate crab and shrimp and paid big bucks to do it, and they didn’t feel ashamed. Kids talked back to their parents every day and weren’t exiled; they still had a place to live, parents who loved them, and protection from harm. And if certain statistics were to be trusted, more heterosexuals ended up in divorce court than not, yet they weren’t put to death.
Why was the one thing, the only thing it seemed these super religious types couldn’t develop a tolerance for was being gay?
Because they’re mean? That was too simplistic.
Thud, thud, thud, beat his brain. The pain was sharper this time. He ignored it.
Because they’re scared? More basic, more to the point, but what were they scared of?
It certainly can’t be me. No one’s ever been scared of me. It’s not like I’ve ever tried to force anyone to do anything, much less anything they didn’t want to do.
Thud. Thud. Thump. The headache was taking hold. Focus your thoughts. Don’t let the pain take over. Focus.
So if he was no threat to them, what was the point of all the bullying? If it was going to change him straight it would have happened already and they would be happy and quit, right? If it was to warn others that he was a predator, they clearly had the wrong guy. And if it was because they were Christian soldiers marching on God’s orders, then they had forgotten to ask themselves Nick’s favorite question: What would Jesus do?
Christ’s silence on the subject spoke volumes to Nick. Jesus never said a word within the hearing of His disciples condemning anyone because of their sexual orientation. It clearly didn’t matter to Him. But it sure seemed to matter to everyone else.

87 people had ‘liked’ that comment. That was a lot of hate, aimed at Penny, aimed at him. Why? What was the point?
The coffin with Mr. Kincaid’s face framed by white roses flashed in front of his eyes. He squeezed them shut, but a new vision played on his eyelids: Mr. Kincaid, wispy hair disheveled, portly body splayed on his stomach, pinning Julian to the floor.
The migraine grabbed his head and squeezed. His heart was racing and cold sweat washed his body. Nick needed to turn off the computer, go lie down, stop thinking about everything for awhile. His hands shook as he reached for the power button.

He snatched his hand away as if scorched. The computer screen blazed in the darkness, sending out messages of hate.