Pass It On, Please 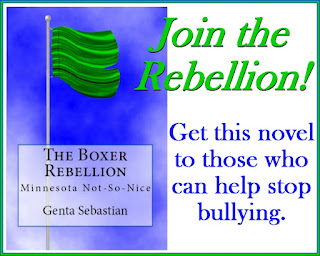 The big moment has arrived!


Kickstarter, a crowdfunding site where artists, rather than seeking patronage from one large donor instead seeks funding for their projects from small amounts pledged by many donors.


I've just launched a campaign to raise funds to polish up The Boxer Rebellion and send it out into the world to find support from:

I need news of this campaign to reach far and wide. Every ReTweet or FaceBook share, GoodReads or Amazon review spreads the word to those who've never heard of me or my novel about gay bullying in High School and cyberspace. The more people who take a look at my campaign the wider my audience and pool of potential pledge makers.


Check out the Kickstarter Project: The Boxer Rebellion
Posted by Unknown at 12:29 AM