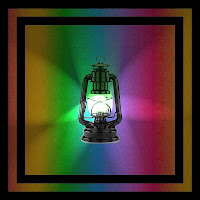 YES. YES. YES!
This morning I was scanning the news headlines and discovered an article by The New Civil Rights Movement website that reports Alan Scott, aka The Green Lantern (yes, the way cool super hero first introduced in DC comics 72 years ago in 1940), is not only gay - he's now championing the fight against bullying! Perhaps not literally on the page, but by being an inspiring role model.
I followed The New Civil Rights Movement link to another article also published June 1, 2012, but by Dareh Gregorian of the New York Post titled DC Comics Green Lantern relaunched as gay superhero I quote from that article:

[James] Robinson, a British writer who lives in San Francisco with his wife, is no stranger to gay characters - he wrote DC's "Starman" comic in the 1990s, a groundbreaking title that starred a homosexual superhero. He said the only agenda he's pushing is reality.
"It's a realistic depiction of society," he said. "You have to move with the times."
He said he did hope the character - who's the most powerful member of DC's superteam, the Justice Society - would be an inspiration.
"He's a type-A personality who doesn't hide in the shadows," Robinson said.
"I hope he's a positive figure. If there's some kind of kid out there who's reading the comic and who's worried about the person he is, maybe it will give him a positive sense of who he is. Or maybe a different kid will read it and decide I don't need to bully some kind of kid in school," Robinson said.

A Rolling Stone article, written on (yes, you guessed it) June 1, 2012  titled Green Lantern Comes Out As Gay in 'Earth Two' continues:

Robinson and [Nicola] Scott are planning on portraying an idealized world in which Alan Scott is judged only by the quality of his character. "He doesn’t come out in issue two; he is already a gay man," Robinson says. "Alan Scott is super-heroic, he's super gallant, he’ll die for the earth, he’ll die for its people, he's everything you want in a hero. I imagine he’s such a Type A character that when he realized he was gay, he was like, 'Okay, I'm gay, now I'm just gonna go on with my life.' He's so accepting of it himself and he's such a compelling person that the world knows Alan Scott's gay. He's such a leader, he's such a good man, that the Justice League don't care. And that's a healthy depiction of a team and how it should be."
Scott says her instructions from Robinson were to make this version of the Green Lantern as heroic as possible. "With Alan, the brief was very clear," she says. "He needed to be a big, strapping, handsome man that everyone would instinctively follow and love. Alan strikes me as an incredibly open, honest and warm man, a natural leader and absolutely the right choice to be Guardian of the Earth. His sexuality is incidental."
YES. YES. YES!


It's true Green Lantern isn't the first comic book/superhero to come out gay - but he's the most powerful, and longest respected comic book character to do so to date. He's been a symbol of honorable integrity for over seventy years. Well done, D.C. Comics! Well done.
Posted by Unknown at 9:10 PM