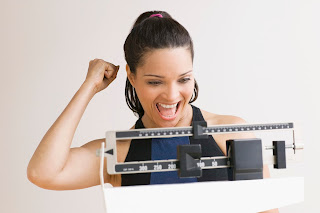 Today it will have been exactly four months since my Roux en Y or gastric bypass surgery. Next week will make it a year since I started this amazing journey.

I've lost fifty-two pounds. My blood pressure is lower, my arthritis less painful, and my triglycerides are behaving themselves. I no longer use the C-PAP machine, or take medicine for gout. I haven't had a bout of Plantar's fasciitis or bone bruises for months.

Has it been easy? Hell, no. I spent a month (2 weeks before and 2 weeks after surgery) on a completely liquid diet. When you look forward to some sugar-free applesauce so you'll at least have something to kinda chew, that's hard. And, of course, my surgery was scheduled for mid-December, completely eclipsing the usual Christmas celebrations. And as much as I wanted the surgery, I hated how it tied my family and friends up in knots, making them tip-toe around me, not eating things they wanted, afraid to tempt me to do something to spoil my plans. As often as I reminded them that I'd CHOSEN to do this, and they should eat normally, they saw the liquids and mushed up food and felt bad for me. I kept telling them that next year I'd be eating with them, just much smaller portions and they should enjoy themselves.

Their support meant so much to me, however. They watched me go to endless doctors appointments and be tested for everything under the sun from breast cancer, to sleep apnea, to a colonoscopy. I was examined inside and out. I still laugh about how shocked I was when a doctor first lifted the folded over part of my belly to examine the skin underneath. It felt like such an invasion of privacy... LOL Little did I know what was in store.

I went through a plethora of emotions and was surprised by their vehemence. Hope warred with despair, anger fought with appreciation, and through it all, I held the deep conviction that I would fail yet again. My wife was terrified of the actual surgery but repeated several times that she supported whatever decision I made. She survived the four-hour wait during the surgery, and hers was the first face I saw when I woke.

I've handled the healing phase well. The wounds are all scarred and have lost their purplish hue. Although I've had to deal with excessive gas (and the resultant hours of walking) when experimenting with raw vegetables, I've managed to escape - knock on wood - the 'dumping' I'd been warned about. I needed to travel only a few short weeks following the surgery, but even that went well. The flight crew weren't happy about my rising and walking the length of the plane every half-hour, but they preferred that to blood clots.

Because I was so busy for the first month and a half, it came as an almost sudden surprise when my entire wardrobe stopped fitting me. I sorted out those I could still get away with, and bagged up the rest. When it came to donating them to charity, though, I just couldn't do it. Part of me still expects to gain back the weight, just like I have after every single diet in my life. They're upstairs in the attic, but I may put them out for a spring yardsale... maybe.

I've learned a lot about myself, and I'm still learning. I've also learned an awful lot about other people and the way they treat people based on stereotypes. But more about that, next time...